The Bushmaster M17S Bullpup is a rifle with an excellent retro aesthetic, because of this I decided to create a high quality game ready 3D model of the rifle and produced renders following a simple backdrop inspired by Forgotten Weapons.

This weapon design originated in 1986. Weapon manufacturer Armtech created it and a futuristic caseless variant to compete in Australian Military trials. Unfortunately for Armtech, the weapon would fail to be adopted by the Australian Defence Force due to the Austrian designed Steyr Aug to be manufactured locally as the F88.

As a result, Edenpine Ltd. another Australian manufacturer purchased the design from Armtech. Edenpine then sought out Bushmaster in the United States to produce the M17S as a semi-automatic rifle for the domestic market. In 1994, Bushmaster took ownership of the rifle design and all profits after Edenpine closed down. 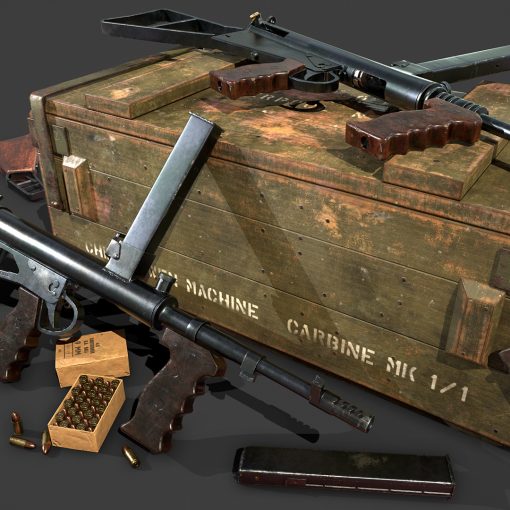 Renders of my low poly 3d model of the Australian Owen Sub Machine Gun and its variants. The model includes multiple trigger […] 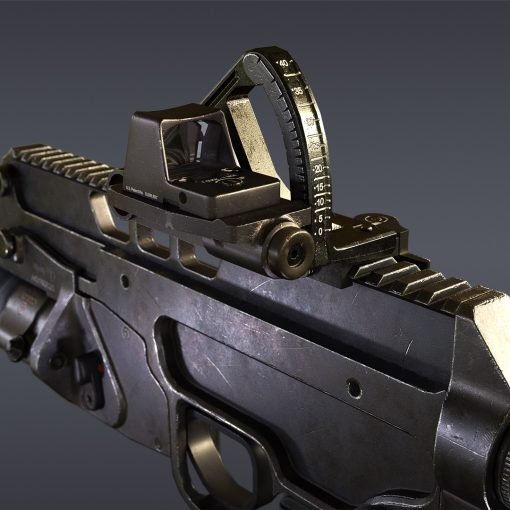 Recently I stumbled across news of a standalone chassis under development for the SL40 Under Barrel Grenade Launcher. Consequently, I wanted to […]